You are here: Home1 / Kazakhstan Visit2 / Pope to Kazakhstan clergy: ‘Bear witness to joy of the Gospel...

Pope to Kazakhstan clergy: ‘Bear witness to joy of the Gospel’

In his address to the Church’s ministers in Kazakhstan, Pope Francis encourages bishops, priests, and religious men and women to embrace their spiritual inheritance with joy and “bear generous witness to it,” in order to testify to the promise of Christian hope.

The strength in diversity of the Church and the richness in different experiences must be shared with others to witness to the living Church. 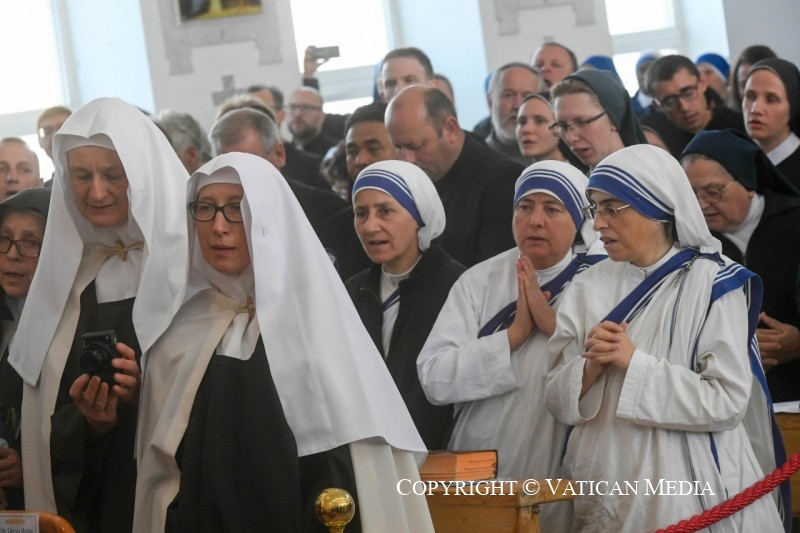 Pope Francis offered that encouragement in his address to Bishops, priests, deacons, consecrated persons, seminarians and lay pastoral workers on Thursday morning at the Cathedral of Our Lady of Perpetual in Nur-Sultan, Kazakstan.

The Pope reflected on the rich Christian history of Central Asian countries, including Kazakhstan, and how the example of those who lived their faith can teach us how to live joyful, Christian lives.

The baptized are all one body, the Pope noted, united together and enriched by countless cultures and walks of life.

The promise of God fulfilled is shown in every Church, continued Pope Francis, with each member living as the heir to a prior history of the future, destined for the promised eternal glory.

Although most of the participants in the meeting came from different countries, Pope Francis said that, despite this, the beauty and strength of the Church is in that richness of diversity; a singular family where no one is left behind.

Reflecting on a biblical passage written by Saint Paul, Pope Francis continued with the theme of the singular family in the Church, saying God is “revealed to all people” who “have become fellow heirs, members of the same body and sharers in the promise in Christ Jesus through the Gospel” (Eph 3:6).

Each Church holds those very words “heirs” and “promise”, Pope Francis continued; an “heir” to the previous history of the Church while holding the “promise” of resurrection.

On our own spiritual journey, we must remind those who came first and proclaimed the faith to us. 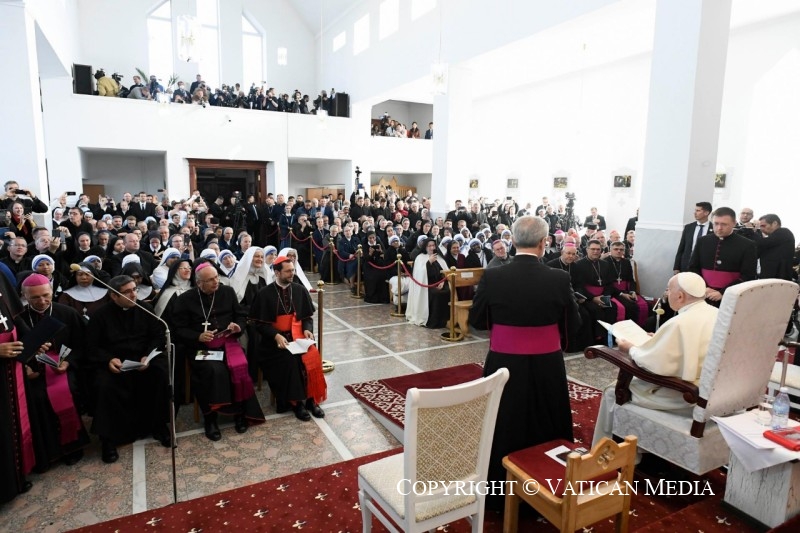 Pope Francis gave the example of Christianity in Central Asia, already present in the first centuries, rich in witnesses of evangelizers, missionaries who founded communities, shrines, monasteries in the country.

However, the Pope said, we must remain attentive and not be paralyzed and immobile with nostalgia, but rather be inspired and grateful for all the wonderful things the Lord has accomplished, motivating us to “set out, to move forwards, to spread the word about Jesus.”

Without the living memory of those who came before us, he continued, our joy, faith and gratitude to God, is at risk of fading quickly and we can become too dependent on ourselves.

Growing of faith through example

The growth of faith, Pope Francis said, is made through personal witness – a call that is destined for everyone.

Faith is always present through the newness of the Gospel and lives on in everyone who “shed the light of the Gospel on different situations.”

It is only by remembering this that we are able to learn that faith grows through witness. Faith, Pope Francis underlined, is not a historical artefact, but rather an “ever-present event, an encounter with Christ that takes place in the here and now of our lives.”

This can happen, Pope Francis continued, when we live in communities together as disciples.

A “synodal Church” is one that includes all people, formed in communion, who go outside of themselves to reach people at Church, at work, and in society.

Baptism, the Pope said, is a gift given from God: It can help us become “men and women of communion and of peace, sowing seeds of goodness wherever we go. Openness, joy and sharing are signs of the nascent Church, and of the Church of tomorrow.”

Grace in being small

Although the enormity of the country may make them feel inadequate or not capable of reaching those in corners of the country, especially young people, Pope Francis reassured participants of the meeting that there is a quiet grace in being a small Church.

Being “rich in nothing and poor in everything”, we can let ourselves be driven by the Lord, walking in simplicity and bringing the joy of the Gospel in everyday situations of our lives.

Furthermore, smallness can help remind us that “we need God” and others together to achieve good: “only together, in dialogue and mutual acceptance, can we truly achieve something good for the benefit of all.” 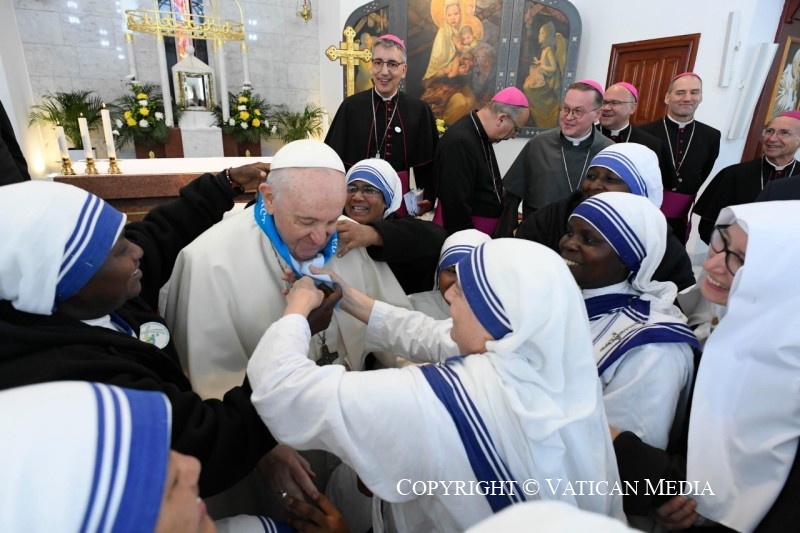 Pope Francis gave the example of a Kazak priest, Blessed Bukowińsk, who shared his witness of faith by caring for those in need.

The special mission of bishops and priests, he said, is “not to be administrators of the sacred or enforces of religious rules, but pastors close to our people, living icons of the compassionate heart of Christ.”

Pope Francis concluded his address with a special consecration to the Heart of Mary Most Holy, venerated as Queen of Peace in Kazakhstan.

As a “tender and loving” mother, she gave comfort to the people of the country during a moment of great hardship, of starvation and deportation in the midst of an extremely harsh cold.

According to the tradition, the snow melted and revealed a lake full of fish, feeding scores of famished people.

“May Our Lady similarly melt cold hearts, fill our communities with a renewed fraternal warmth, and grant us new hope and enthusiasm for the Gospel.”