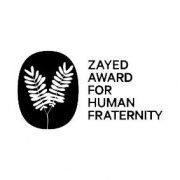 By Vatican News staff writer
The Higher Committee of Human Fraternity has opened nominations for the 2022 Zayed Award for Human Fraternity, to recognize those who work to promote human progress and peaceful coexistence.

The Zayed Award for Human Fraternity was set up in February 2019 in response to Pope Francis’ historic meeting with the Grand Imam of Al-Azhar in the United Arab Emirates.

The Zayed Prize is meant to provide international recognition for individuals and entities who have made profound contributions to human progress and the facilitation of peaceful coexistence.

According to a press release, the Higher Committee of Human Fraternity opened nominations for the 2022 prize on Thursday, 1 July.

Nominations can be made by members of government or parliament, current or former heads of state, presidents of supreme courts, UN senior executives, heads of international NGOs, university presidents, and influential figures, spiritual leaders, or intellectuals.

Members of the Higher Committee and past Zayed Award winners can also nominate those who they think merit recognition for their service as “beacons of hope for humanity”.

The note says the launch of this year’s award “comes at a crucial moment for our world, which is recovering from increased suffering and inequality because of the Covid-19 pandemic.”

Nominations are open until 1 December 2021. Recipients of the Zayed Award will be announced on 4 February 2022, which marks the anniversary of Pope Francis’ encounter with Professor Ahmed Al-Tayeb in Abu Dhabi.

Winners of the award—which is named in honor of Sheikh Zayed bin Sultan Al Nahyan, the founder of the UAE—will receive a $1 million prize.

The Higher Committee of Human Fraternity has set up an independent committee to decide on the winners.

Nominations may be submitted through the official website https://zayedaward.org/.

The recipients of the first Zayed Award were Antonio Guterres, UN Secretary General, and Latifa Ibn Ziaten, founder of the IMAD Association and an activist against extremism.

Upon receiving the 2021 award, Mr. Guterres said the Zayed Prize inspires him to keep up his “determined commitment for human unity and for global peace.”

Ms. Ibn Ziaten said the award will help her continue her fight “for love, tolerance, and human fraternity.”