You are here: Home1 / Latest News2 / Buddhist delegation meets with DID to celebrate significant anniversar...

Buddhist delegation meets with DID to celebrate significant anniversary

The dialogue was a part of a series of events marking the significant anniversary of the encounter between Pope St. Paul VI and the Most Ven. Somdej Phra Wannarat, the 17th Supreme Patriarch of Buddhists in the Kingdom of Thailand. The warm encounter in 1972 marked the first time a pope had met a Buddhist leader. 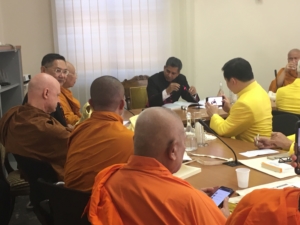 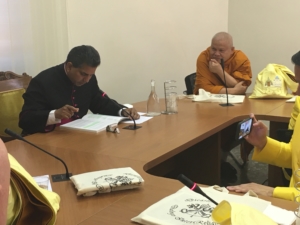 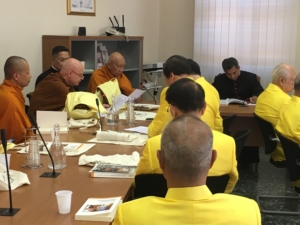 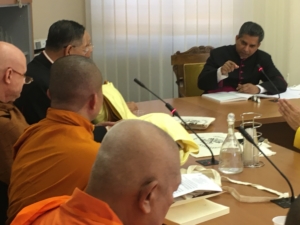 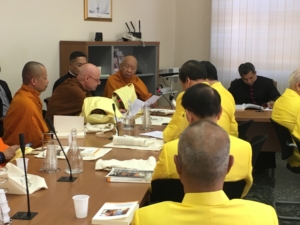 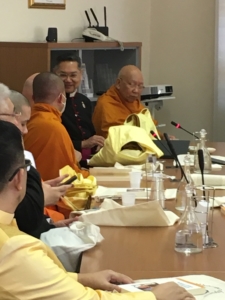 The day also holds an audience with Pope Francis and a conference, “Friendship between Buddhists and Christians,” to be held at the Pontifical Urbaniana University.

During the dialogue, the Most Venerable Somdej Phra MahaTheerajarn offered a reflection on the meaning of friendship in Buddhism, focusing on the nature of friendship as a means to true human development towards justice and peace. Msgr. Indunil Kodithuwakku responded, highlighting the Buddhist and Christian emphasis on the nature of authentic friendship, which, for adherents of the respective religions, is epitomized by the Buddha and by Jesus Christ.

The Most Ven. Somdet Phra Maha Thirachan, Abbot of Wat Phra monastery, also offered a reflection on the inseparability of mercy and friendship.

The Thai delegation, accompanied by Msgr. Andrew Vissanu Thanya-anan of the Church in Thailand, included about 30 Buddhist monks and about 60 laypeople. Both Theravada and Mahayana Buddhism were represented, making it the first time that they had come to the Vatican together for an official visit.

The dialogue closed with the exchange of gifts. The Dicastery presented the delegation with an icon of the Holy Family, while the Buddhist delegation gave a plague and coins commemorating the historic encounter.